After a long, windy, and dusty drive from Fort Stockton Texas, we finally made it to New Mexico. First stop Carlsbad Caverns National Park in the southeastern portion of the State. This is really one of the first major tourist attractions that we have sought out since hitting the road. I have to admit that I am not real big on crowded tourist traps but if I am going to one, it is probably a natural wonder and not a man made or historical one; unless the man made attraction is craft Pale Ale. In any event, Carlsbad Caverns was a tourist trap and it was also a spectacular natural wonder that we are glad we got to experience first hand. The picture below was the entrance to the canyon. 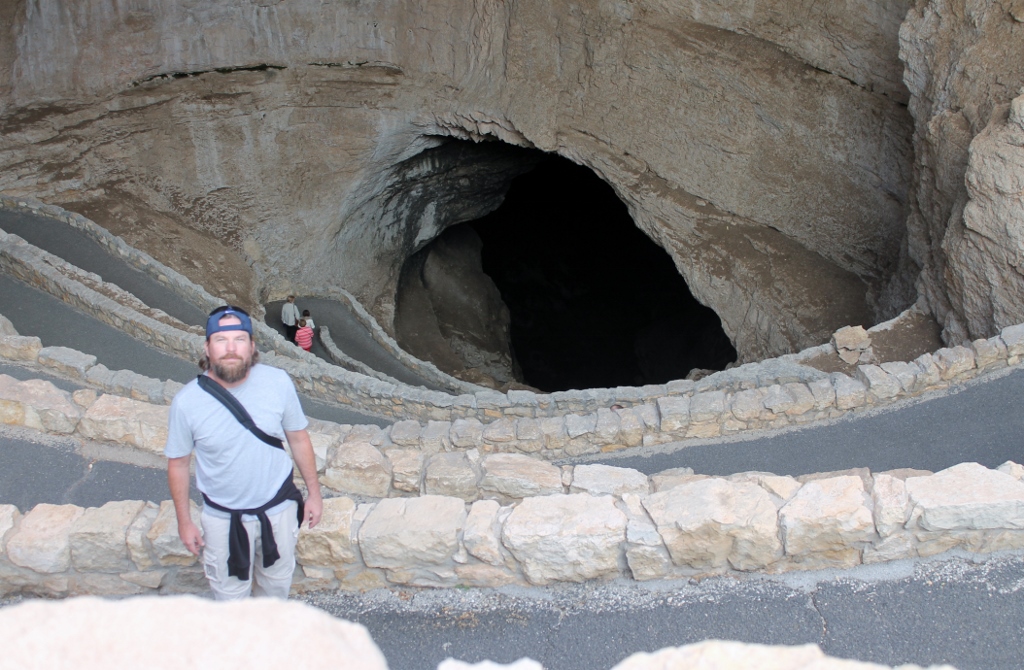 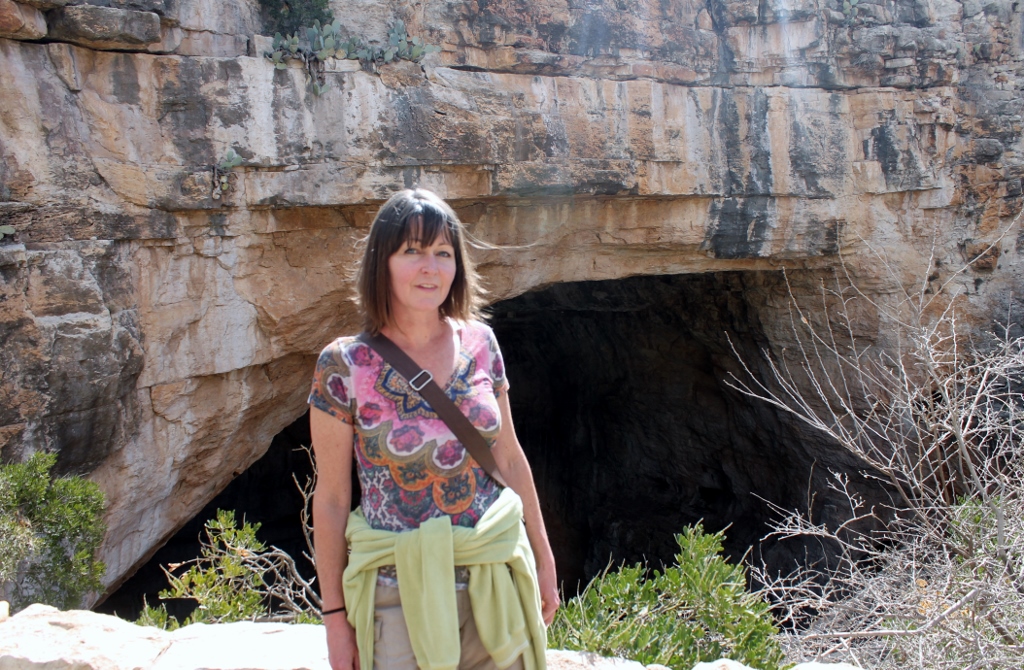 We took quite a few pictures using various camera settings but much like other natural wonders you probably are better off just visiting the website if you want to see quality professional photos of the place. I didn’t bring a tri-pod and nor did I want to make the entire experience about photography. 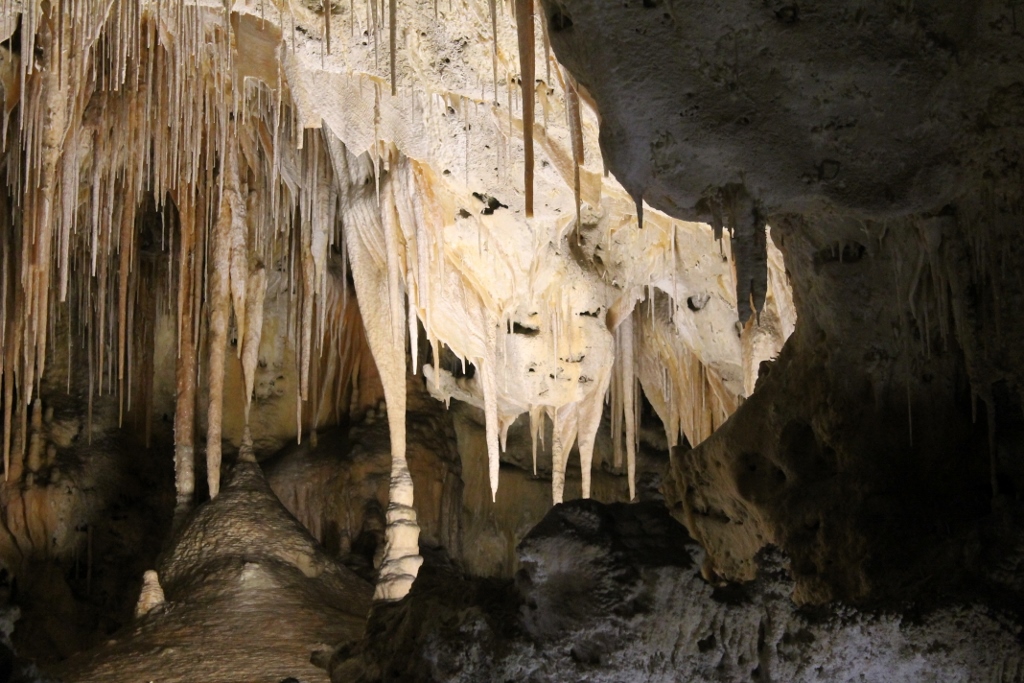 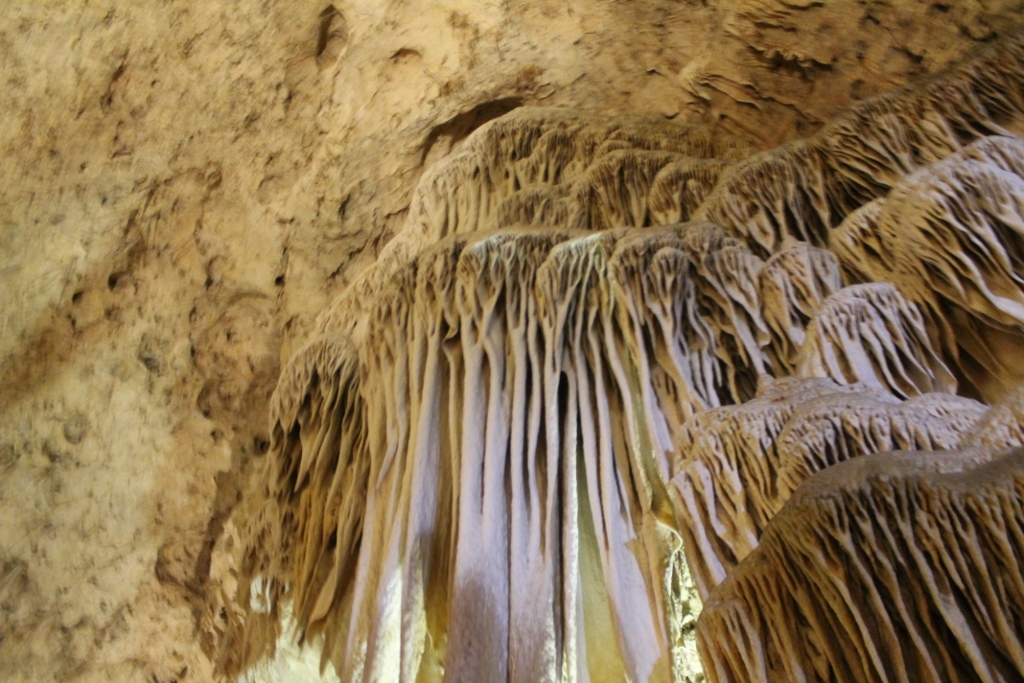 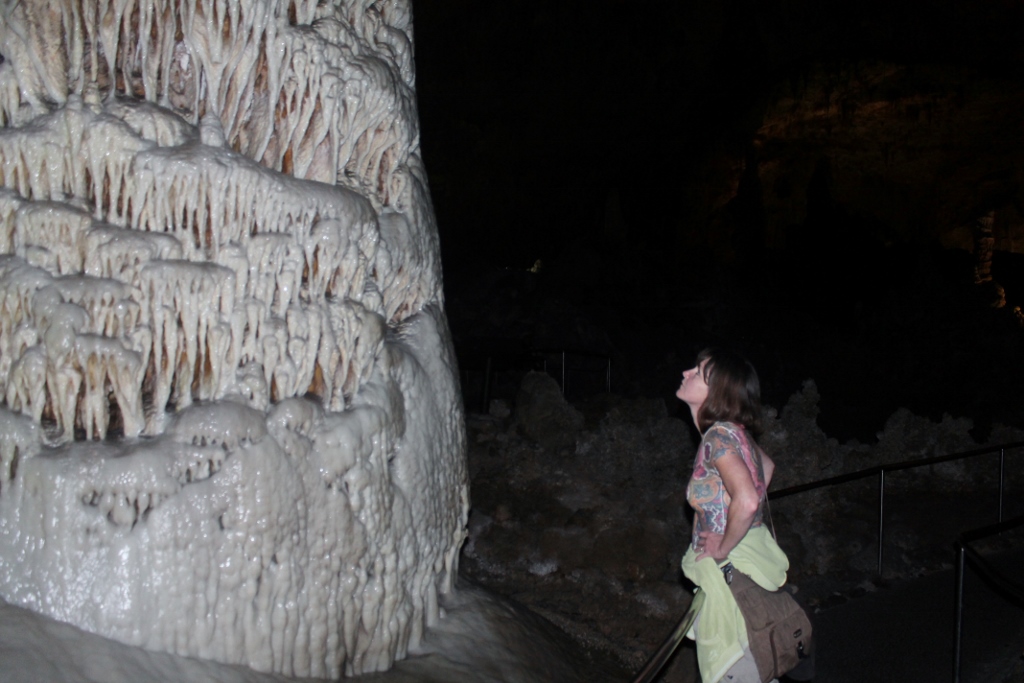 The shear enormity was what was the most impressive to me and I never was able to capture that with a clear photo. We took the few mile hike into and around the caverns and then took the elevator back out. We had a good time exploring, reading and just soaking in this incredible place for a few hours on a day that wasn’t particularly crowded. 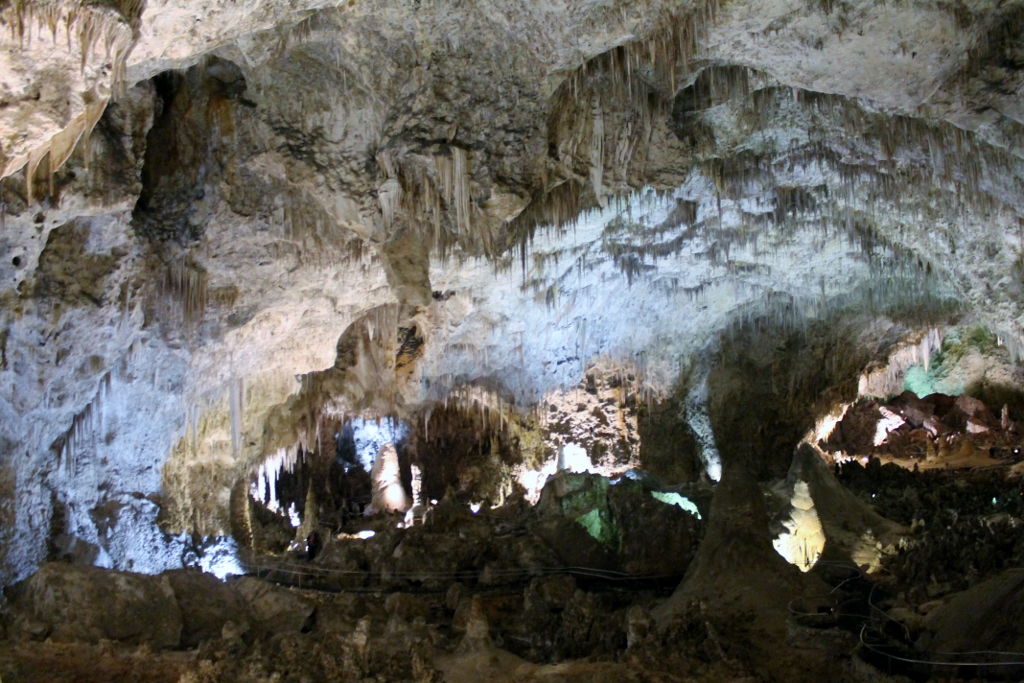 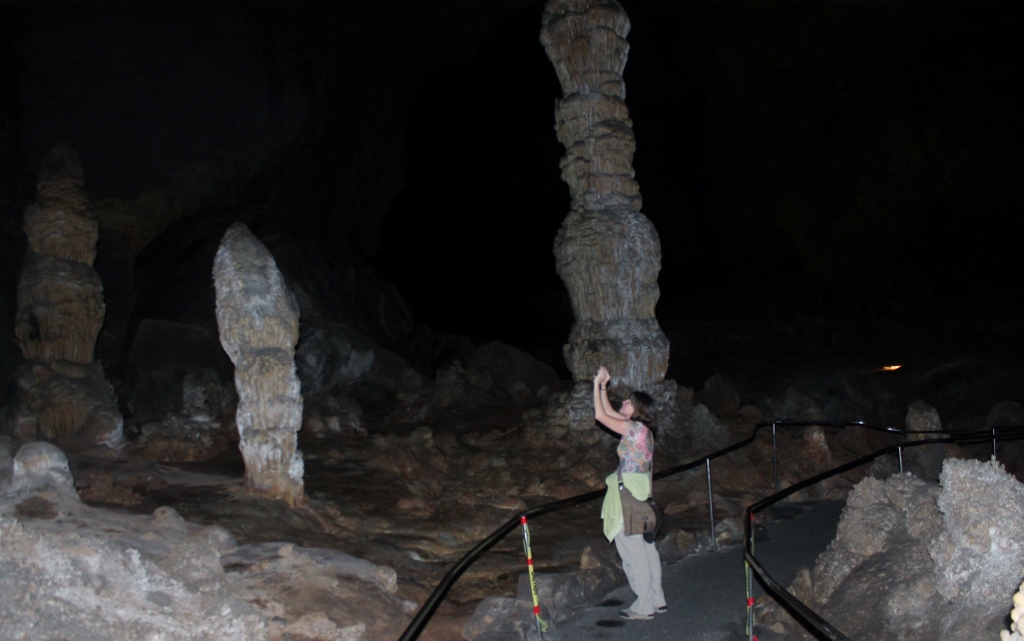 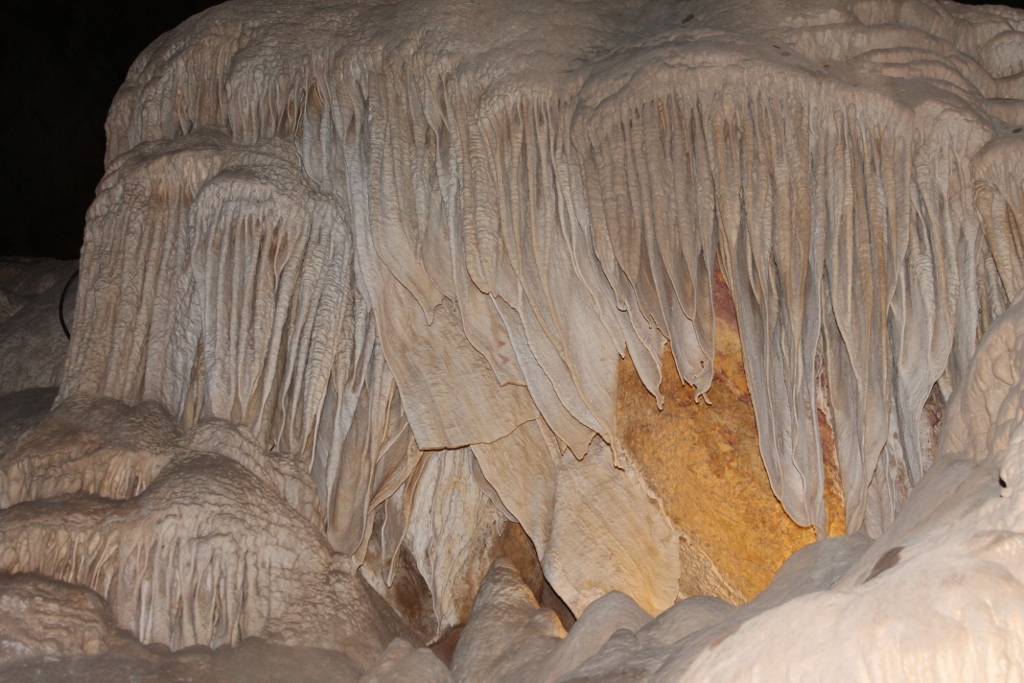 We stayed two nights at the White’s City RV park right outside of the national park entrance. There are several other options closer to the actual town of Carlsbad, NM but this was the closest to the park entrance in White’s City. I must say, this is one of the strangest parks we have been to and one of the most run down. I am not sure when the website photo’s were taken but it wasn’t recently. We had a hard time trying to figure out where and how to check in and the staff seemed to be having an equally hard time figuring out who’s job it was to check us in. For paved pull through sites, they were terribly uneven and quite a few blocks had to be placed around in order to get our “Auto-level” to work on the trailer. The strangest part is that ALL sites had a shared hook-up and a shared picnic table and fire pit between two RV’s. We had approximately 6 inches between us and our neighbor’s slide out on one side, and we were completely tangled in a tree on the other side where we got to look out our front door and straight into our neighbors front door just a few feet away. This would be great if you were traveling with a friend but otherwise it was a little awkward and Rufus voiced his displeasure with the proximity to our neighbor’s small dogs as only he can. 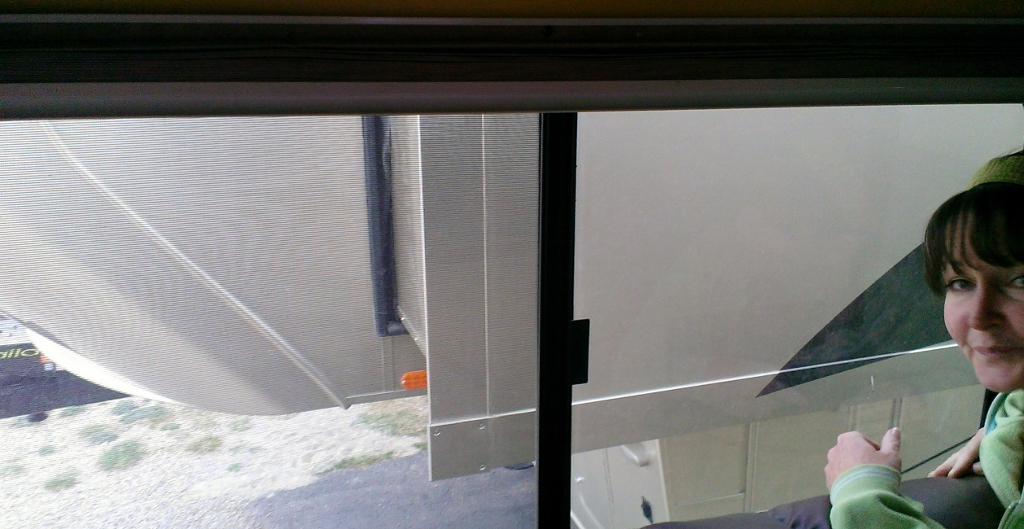 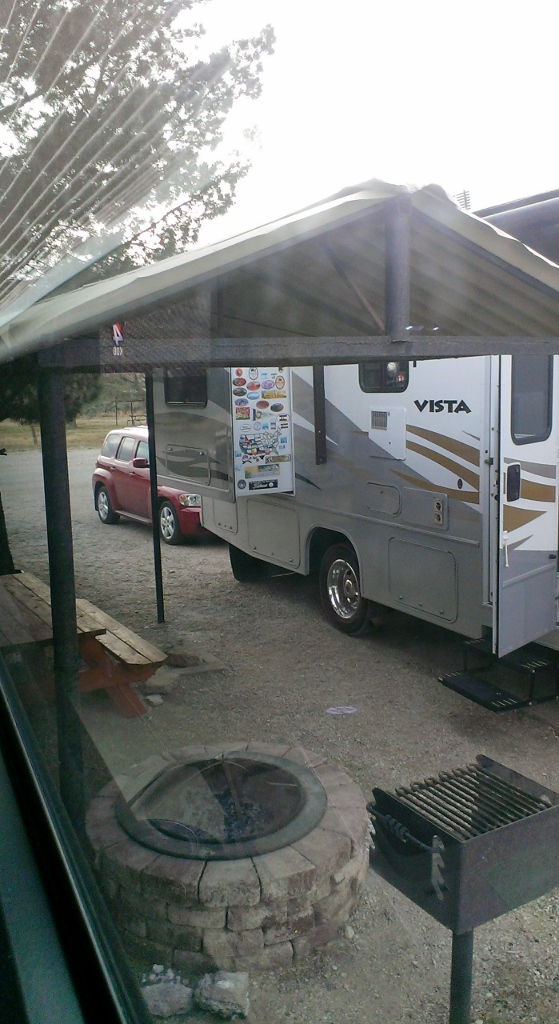 Although we didn’t use it, we also found it very odd that the campground bathroom had double shower heads in a single shower stalls with only a curtain and no way to lock the door. So I guess if you are taking a shower in this filthy place, another camper can just join you at the adjacent open spot two feet away. Weird to say the least and consistent with everything else about this very run down park. Our recommendation to anyone else coming to visit would be to stay in Carlsbad and make the longish drive in to visit the park. Of course we have no idea what the other options in Carlsbad were like, we just know the White’s City RV park didn’t suit us particularly well. We were happy that we only had two nights here before moving on to a more spacious State Park. All things considered we enjoyed the Caverns and we were both feeling happy to be experiencing some actual destinations instead of just randomly cruising around like it seems we have all winter. View Larger Map